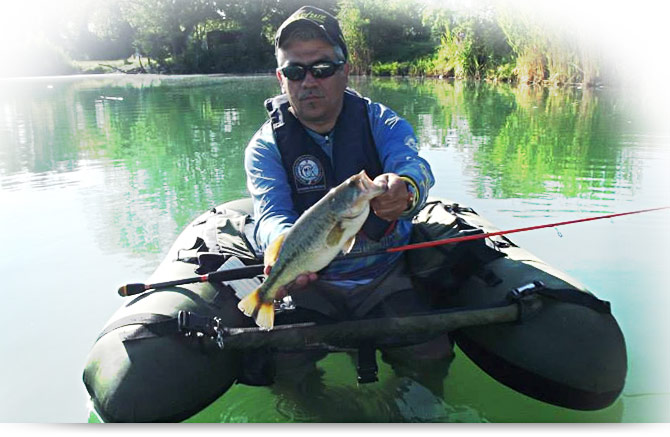 Born in 1968 in Bologna, Marco Iseppi started fishing at the age of 6,
following his grandfather passion and driving crazy his parents, absolutely not fond of fishing.
His parents anyway supported him, taking him fishing along the many rivers of the region.

Competition was in the blood of Marco and he soon associated to several teams from Emilia Romagna. His performance was brilliant and he took part to the Eccellenza Nord championship. After this period Marco became diving instructor and spent a big part of his life on the tropical oceans and becoming passionate of predator fishing. Since that period he never left this fishing style and when he returned Italy he became a black bass angler, initially fishing from the belly boat and then from true boats.

In 2011 FIPSAS Italy assigned him the task to introduce a new discipline: predator fishing from the boat. So he became the coach of the Italian national team that he drove to win the World Championship in Ireland in 2013. In over 15 years of competitions he got brilliant results in national and regional competitions, winning open tournaments and getting several Big Bass Trophies’.

Marco Iseppi thinks that every angler is always searching for a new predator and this is the spirit he shares with Rapture. He takes a big part into product development.